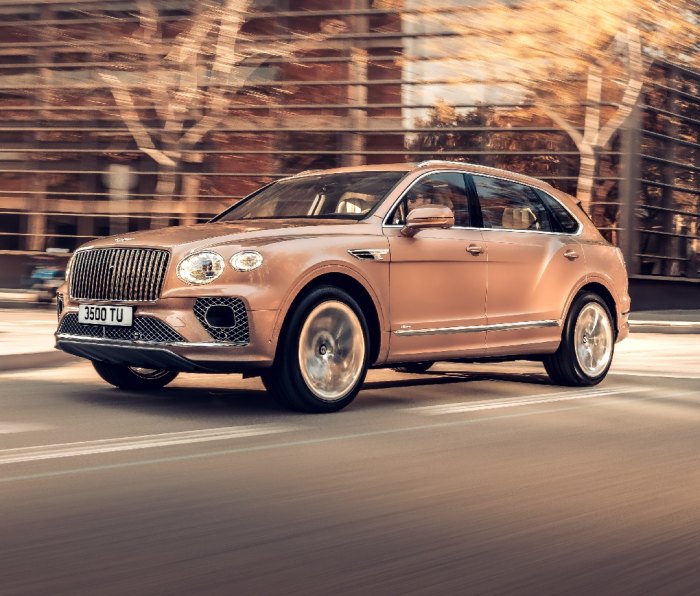 What’s a bigger automotive flex than buying a luxury car to drive around? Plunking down upwards of $300K and never sitting behind the wheel. Enter the 2023 Bentley Bentayga Extended Wheelbase—the kind of vehicle that’ll make your chauffeur the envy of every other driver on billionaires’ row.

At a preview in London in late February, we had the chance to inspect the new Bentayga up-close. Our first impression: The EWB is going to be an instant must for those hyper-affluent types who either hate driving or just want even more space.

The Lap of Luxury

As a “spiritual” replacement to Bentley’s Mulsanne (the brand’s now discontinued, limo-like sedan), the good folks in Crewe have taken their most popular model and stretched it a little over seven inches to give the rear seats more room. The aim here is to create the poshest rear cabin experience found on four wheels.

Customers can choose between two and three rear seats or the optional “airline” configuration that affords passengers an experience akin to flying in a private jet—with which we are sure much of the brand’s clientele is familiar.

These seats feature 22-way adjustment, and recline to 40 degrees in relax mode. A foot rest emerges from the passenger seat for added comfort. The configuration also offer a “business” mode for those who want to get some work done on the go.

Bentley has also incorporated a suite of wellness features which includes technology that detects the temperature of the passenger and the seat’s surface humidity, and then figures out whether it should add heat, ventilation or both to achieve “optimum thermal well-being.” If that weren’t enough (and one with the means can never have enough luxury), the massaging seats also deploy a postural adjustment system that automatically alters the seating position using 177 pressure modifications to minimize the impact of lengthy trips on the body.

To the unfamiliar eye, the extra length is barely perceptible as the EWB’s exterior is quite similar to a standard Bentayga, but there are some key differences. The EWB gets a new front grille and polished 22” 10-spoke wheels to help distinguish it from its little sibling.

Luxury is in the Details

From handcrafted wood paneling and inlays, the finest seating surfaces and colors, plus paints that can be matched to nearly any sample one could provide, Bentley offers an almost unfathomable 24 billion trim combinations alone. So buyers should have no problem customizing a highly personalized Bentayga EWB.

The rear seating area features “waterfall illumination” to subtly light the cabin as well as LED lights that shine through perforations in the door panels in a hallmark diamond pattern. It’s the sort of next-level attention to detail that leaves you marveling at both the imagination and the craftsmanship.

When the EWB goes on sale (around Q4 of 2022), Bentley will offer two even further elevated specs. The classically styled Azure gets unique 22-inch, ten-spoke wheels, bright lower bumper grilles, as well as Azure embroidery and badging. Rounding out the spec, Bentley has included quilted seats specific to the spec, mood lighting, a heated steering wheel, and an enhanced driver’s assistance package.

The First Edition, which will be available for the first year of production, kicks up the opulence one more notch. This package comes with metal overlays in the veneer, First Edition specific embroidery, inlays and badging, as well as a Naim for the Bentley Premium Audio system (one of the finest we’ve ever experienced)—plus LED welcome lamps.

For a vehicle designed around a lavish passenger experience, the Bentayga EWB can still move. The 542-hp twin-turbo 4.0-liter V-8 mated to an eight-speed automatic transmission will get the behemoth from 0-60 mph in 4.5 seconds and reach a top speed of 180mph—though going that fast probably diminishes the comfort level. Standard electric all-wheel steering should minimize the impact of the increase in size at both high speeds and when maneuvering in a driveway or parking lot.

The Extravagance is the Point

Bentley estimates the EWB will represent 45% of all Bentaygas sold when it hits markets late this year. That’s an incredible amount of demand for a vehicle that has yet to launch, but we have no doubt Bentley understands its customers. They simply want the best.

Pricing has yet to be announced but the Mulsanne it’s replacing had a sticker over $300,000. It’s probably a safe guess the Bentayga EWB will land somewhere in this rather exclusive ballpark. Bottom line: This isn’t a vehicle for regular folks; it’s for the one percent of the one percent.

The Restrospec Koa Rev Is the Perfect E-Bike for Summer

The Best Fitness Watches for Strength Workouts in 2022

The Victorinox I.N.O.X. Professional Diver LE Is Inspired by Shipwrecks 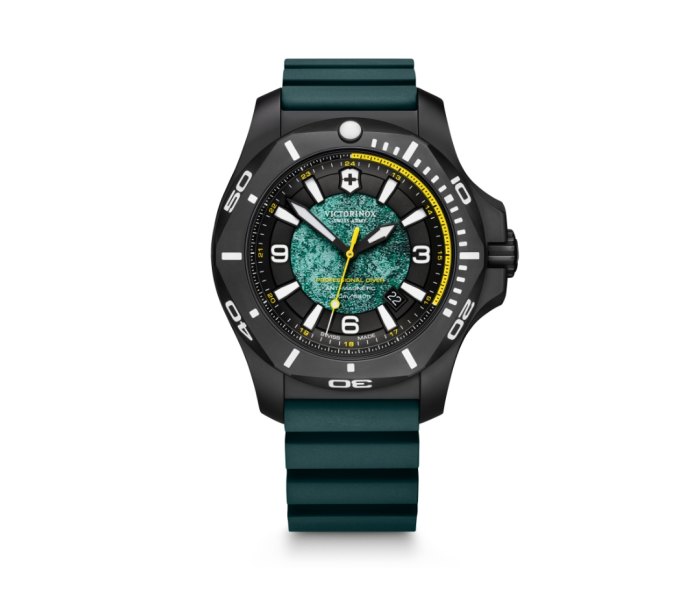 The new Victorinox I.N.O.X. Professional Diver LE checks all the boxes for a dive watch—it has a strong titanium case, it’s water resistant to 200 meters, and it’s ISO-certified for diving—but it comes with some unique extras: A stunning 3D-printed dial pattern and a handy pocketknife in a matching color scheme. If you’re on the hunt for a capable tool watch that’s also a real head-turner, look no further.

The I.N.O.X. Professional Diver LE combines tough construction and dependable underwater capability with some ocean-inspired aesthetics. The watch features a 45mm titanium case that’s sandblasted and coated in a black matte PVD finish. The case offers excellent strength and durability at a low weight, so despite the watch’s blocky looks, it won’t feel clunky on your wrist.

Like any real dive watch, it comes with a unidirectional rotating bezel—formed in a striking hexagon shape—for tracking time underwater. On the bezel, the 20-minute zone (the amount of time you can stay at 100 feet below the surface without doing decompression stops), is marked in bright yellow for easy reading. In addition, Victorinox used two different colors of Super-LumiNova to make the dial, hands, and indices clearly legible under the waves.

But the real highlight of the I.N.O.X. Professional Diver LE is the attention given to aesthetics. The center of the dial displays a highly detailed 3D-printed pattern in light green; it’s meant to evoke the oxidization of brass pieces found on shipwrecks resting at the bottom of the ocean. To top it off, the watch is sold with a matching Spartan PS Swiss Army Knife in the same pattern (it’s only available to those who purchase the watch), and two expandable rubber straps that are designed to fit over a wetsuit.

If you’re suiting up for a dive, the I.N.O.X. Professional Diver LE will make a trusty companion. It’s an official ISO 6425-certified dive watch, so it’s been tested for proper performance on dives, plus it’s built to withstand magnetic fields and is powered by a quartz movement for accurate timekeeping.

Want to put one on your wrist? Don’t wait—Victorinox is producing just 1,200 of these limited-edition beauties. 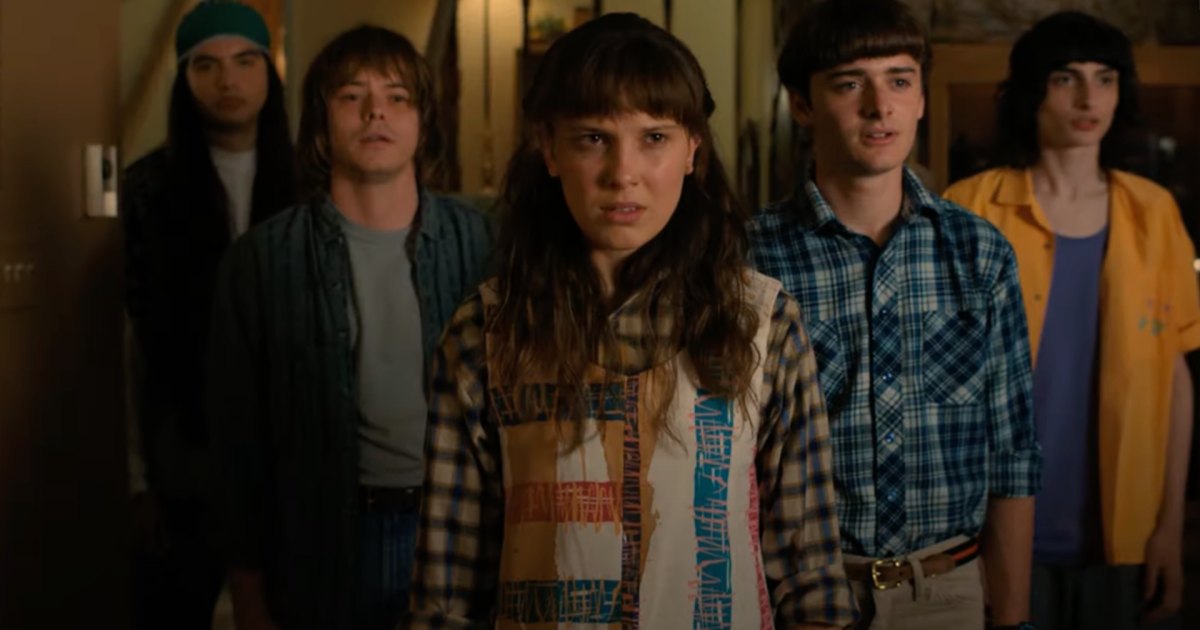 Since bursting onto the scene in 2016, Stranger Things has become nothing short of a cultural phenomenon, thanks to its unique combo of sci-fi, horror, fantasy, and coming-of-age storylines (not to mention a hefty dose of retro nostalgia). The show has grown bigger and bolder with each season, but season four, which premieres this Friday, will be a pivotal one: The show’s characters are grown up and have spread out beyond the town of Hawkins. But as a new final teaser trailer makes clear, the gang will be facing some of their biggest challenges yet.

Season four will pick up shortly after the end of season three, which finished with the climactic “Battle of Starcourt,” where Eleven (Millie Bobby Brown) and her friends faced off against the fearsome Mind Flayer. The new season finds the gang facing more pedestrian challenges like high school, growing up, and moving to a new place (according to Gizmodo, Eleven and the Byers family have moved to California). Of course, monsters from the Upside Down are lurking, too. The friends will have to face a new Dungeons & Dragons monster, Vecna, in this season.

The cast will look very familiar, with favorites like Joyce Byers (Winona Ryder), Mike Wheeler (Finn Wolfhard), Dustin Henderson (Gaten Matarazzo), Lucas Sinclair (Caleb McLaughlin), Will Byers (Noah Schnapp), and Max Mayfield (Sadie Sink) returning to the show. Previously, Netflix revealed that Jim Hopper (David Harbour) would return this season, although he seemed to meet his demise in season three. Like the rest of the show’s seasons, season four was created and produced by Matt and Ross Duffer.

According to Deadline, the new season will be revealed in two parts. The first seven episodes of Stranger Things season four will premiere on Netflix Friday, May 27. The final two episodes will be released July 1 as Volume 2. Check out the full trailer above, and make sure to carve out some time this weekend to binge the new season.

Have you missed seeing Tom Cruise on the big screen? You’re in luck: Not only is he reprising his role of Maverick in the upcoming Top Gun sequel (in theaters May 27), he’s also starring in a new installment of the Mission: Impossible franchise. Although Mission: Impossible—Dead Reckoning Part One won’t premiere until 2023, you can get your first taste of the new film thanks to an explosive new trailer that was released today. After watching the clip, one thing is obvious: Even at just shy of 60 years old, Cruise can still hold his own as Ethan Hunt.

“Action-packed” doesn’t even begin to describe this trailer. Like car chases? There are multiple scenes involving armored trucks, sports cars, and Cruise wheeling a bright yellow Fiat through the narrow streets of a European city. Big on fight scenes? There are plenty of those, too, including a one-on-one knife brawl on a bridge in Venice, scrimages on top of speeding trains, and an epic battle on horseback in the middle of a sandstorm. You’ll even get to see Cruise drive a motorcycle off a cliff. And if that’s not enough suspense for you, you can see him do the same thing in a train, too.

You’ll also notice some familiar faces in the trailer. Most notable is the return of Eugene Kittridge, played by Henry Czerny. According to The Hollywood Reporter, it’s the first time Kittridge has appeared in a Mission: Impossible movie since the release of the original 1996 film (Czerny played Kittridge in that film as well).

Christopher McQuarrie directed the new installment, and he’s no stranger to the franchise. He previously directed 2018’s Mission: Impossible—Fallout and Mission: Impossible Rogue Nation, which premiered in 2015. Interestingly, he also helped write the screenplay for Top Gun: Maverick.

Mission: Impossible—Dead Reckoning Part One will hit theaters July 14, 2023 (Part Two is expected to premiere in 2024). Check it out in the trailer above.